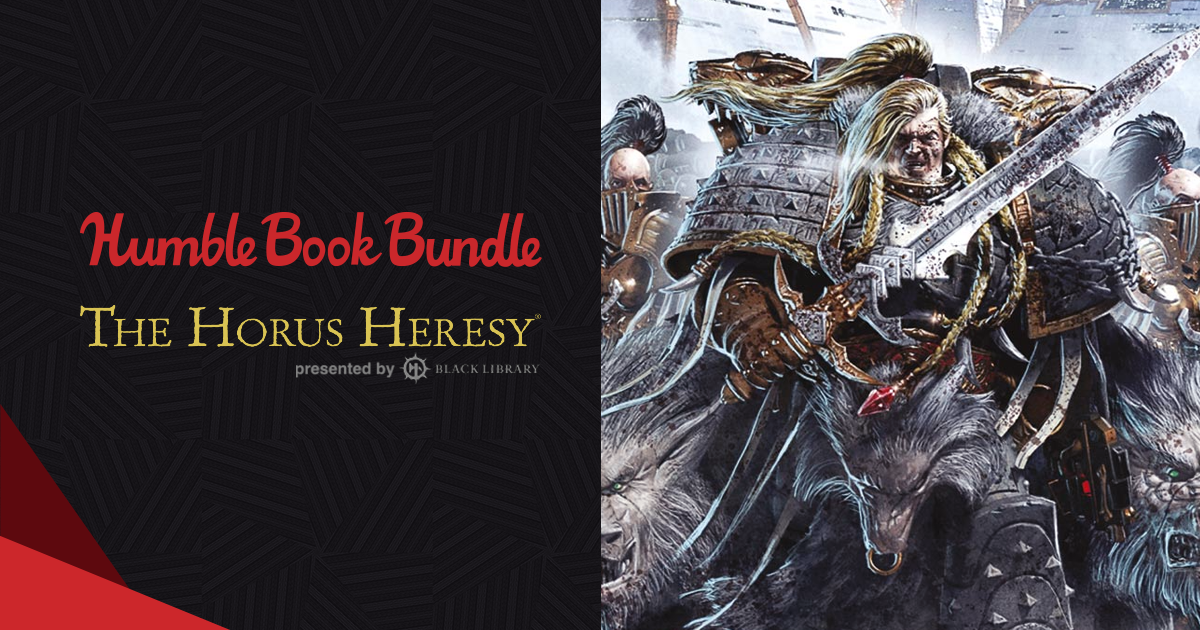 Its been covered elsewhere so we haven’t really mentioned it, but seeing as it ends tomorrow we figured we would throw out a little reminder.

Humble Bundle are running an offer whereby you can pay what you want to get an amazing introduction to the Horus Heresy series.

You pay what you like from $1 and get the first five books in the series , Horus Rising, False Gods, Galaxy in Flames, The Flight of the Eisenstein and Fulgrim, along with the Black Library Sampler, the audio drama, Garro: Oath of Moment and the Prospero expansion for Talisman: The Horus Heresy.

If you pay $8, you get the next five books, Descent of Angels, Legion, Battle for the Abyss, Mechanicum and Tales of Heresy, the Horus Heresy Wallpaper Collection, the audio drama Garro: Sword of Truth and Will of Iron Issue #0.

And paying $15 will mean you get the books 11-15, those being Fallen Angels, A Thousand Sons, Nemesis, The First Heretic and Prospero Burns, along with the audio drama Garro: Legion of One, The Emperor’s Will, Macragge’s Honour, Will of Iron Issue #1, a coupon for 75% off The Battle of Tallarn and a coupon for 33% off Battlefleet Gothic Armada.

The money goes towards a good cause, the default option being USA for UNHCR, but you can chose your own good cause from thousands.

Personally I have all of these books, but bought a bundle for the Prospero Expansion for Talisman: The Horus Heresy, because its nice to give to charity.

So if you want these amazing books, get yourself over to Humble Bundle before the offer ends tomorrow!