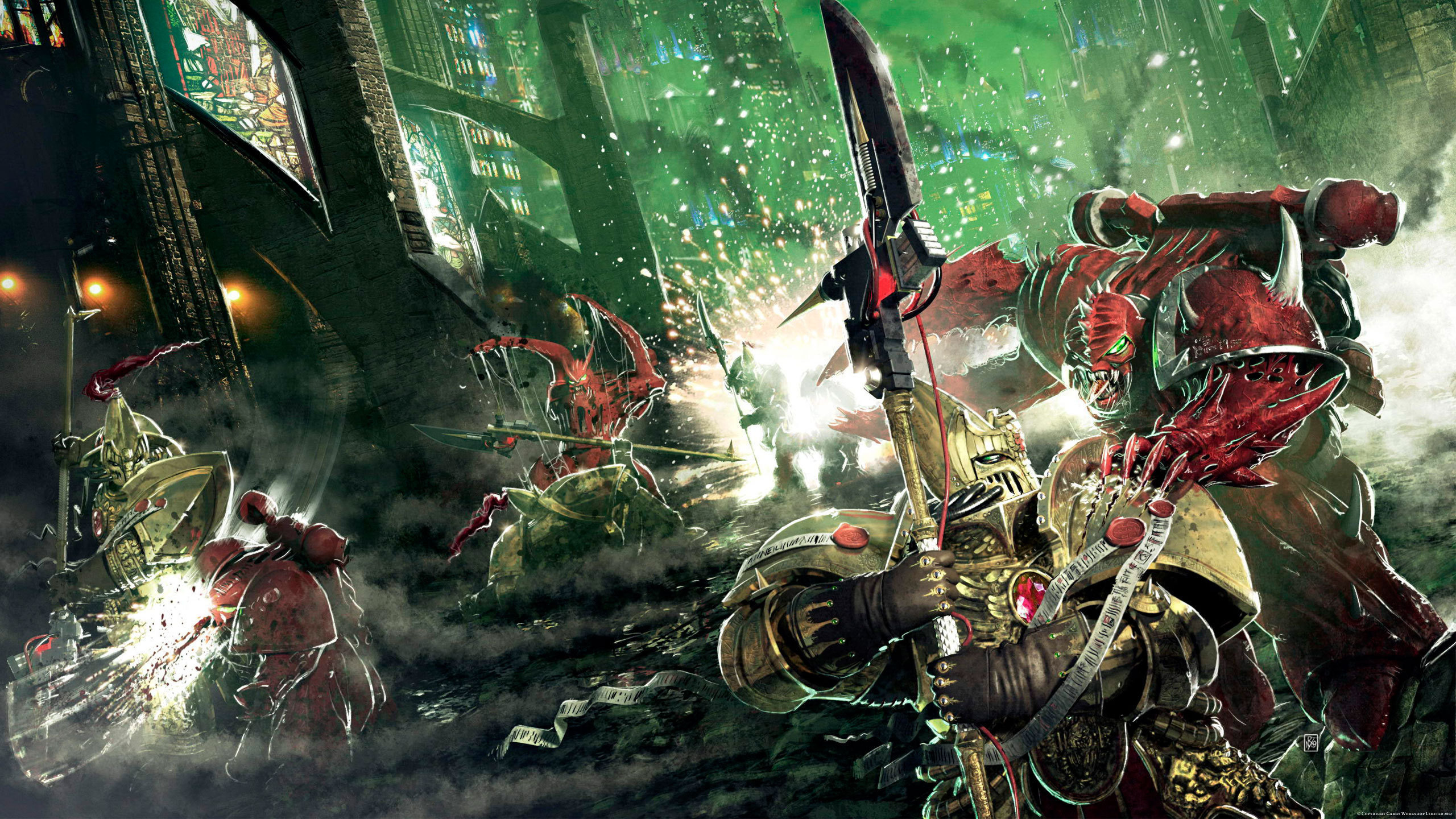 With the Hertek Magos Biologis, Hector Dhur’s ship destroyed and his physical form now in custody, it has been established that his research core is now in the hands of Magos Adept Cassia on the Forgeworld of Graia. Traitor forces have intercepted data which suggests that Dhur’s work on Incunabula has been discovered by loyalist scout forces and that artefacts they have uncovered may be of benefit to ships attempting to pass through the Ruinstorm in order to reinforce the galactic east.

As more material enters the Belt of Iron warzone it is apparent that forces will need to form uncomfortable alliances with each other if they hope to drive the enemy out. In a time of mistrust and betrayal – alliances come at a high price.

Players need a 1500pt list for the event which will be one half of the collective force played by each ‘team’ (see players pack for more details).

The weekend will consist of five doubles games of Age of Darkness, each of which, you will have two and a half hours to play that round.

Games will be played on a 6’x4’ board and you will be matched against a random ‘team’ to play against (in the unlikely event of a repeat match up please let the organiser know as quickly as possible so that we can sort out a replacement player for you where possible).

Each game will be played using the Age of Darkness Missions found in the Forge World Horus Heresy:Age of Darkness rule book. Optional Force Organisation Charts are discouraged for the event as some players will be united with their team mates on the day (we’d like to keep the games as thematic as possible) The use of Super Heavy detachments and Relics are fine – within the normal restrictions of the FOC (but bear in mind that your opponent will be grading your army list selection based on how much fun it is to play against).

As part of the weekends games you will be presented with a custom character progression system – which will be in play across all five games of the weekend (and is a continuation from previous Cataclysm of Iron events). This gives you the opportunity to take a non-unique/un-named model with the ‘independent character’ special rule and create evocative stories through both their successes and their failures.

This is a FUN narrative gaming weekend, where you are encouraged to leave tournament lists at home and instead focus on the game as telling a story rather than checking off another victory. Being a doubles event you’ll also get to meet lots of like minded individuals to play with and against. The games will be objective based and have an impact on who is crowned champion – however you’re investment in the wider hobby has much more of an influence on whether you are declared champion than simply winning games.

The event will use a unique character development system devised for King Fluff events (see player pack for more details).

10:00am Welcome and Event Briefing

MASTER OF INCUNABULA
This event is part of a much wider campaign which will ultimately pit Imperium, Traitor and Xenos forces against each other in the cauldron of war, however for this battle there must be warriors who stand on the shoulders of giants.

We will be using a scoring system which will reward the brave and the bold with points in order to hopefully be crowned Master of Incunabula.

After each game, each player will grade their opponent based on a set of criteria. This figure will then be multiplied by the number of victory points scored by the player. The criteria will cover sportsmanship, army composition, quality of painting etc. So it is important to note that even though we are asking for fully painted armies, which are based, it is worth putting in extra effort to gain more points at the event.