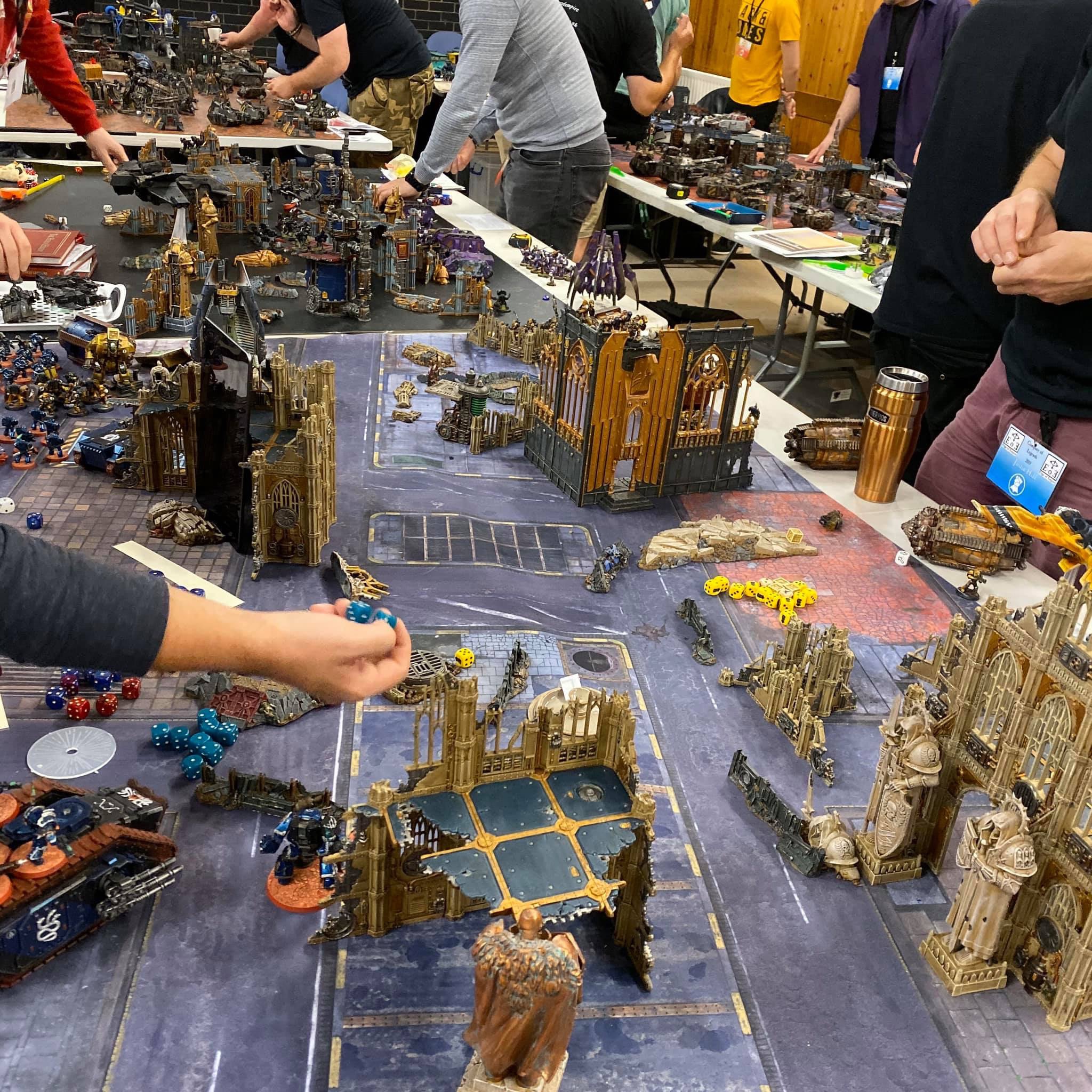 We really need to start using this blog more, so I am not going to start doing a monthly series on each of the tables of scenery the podcast owns and what we have been thinking when putting it together and how we want to take it forward.

But first I will actually introduce what we have and explain a little bit about how we approach the terrain.

The first few event we ran used terrain that was mostly borrowed from Durham Raiders and that was ok, it’s good terrain, but it does get used and abused a lot, and some of it has some issues.

So in September 2018 we came to the decision that we were going to have to become self-sufficient in terms of scenery, I owned 4 tables worth of terrain in two boxes at the time.

Every event since then has seen several boxes of terrain added for each event, so that now we can do 13 tables on our own with a plan to get to 18 by end of 2021.

What Do We Have Now

So I figured the first thing I would do is tell you what we have now. 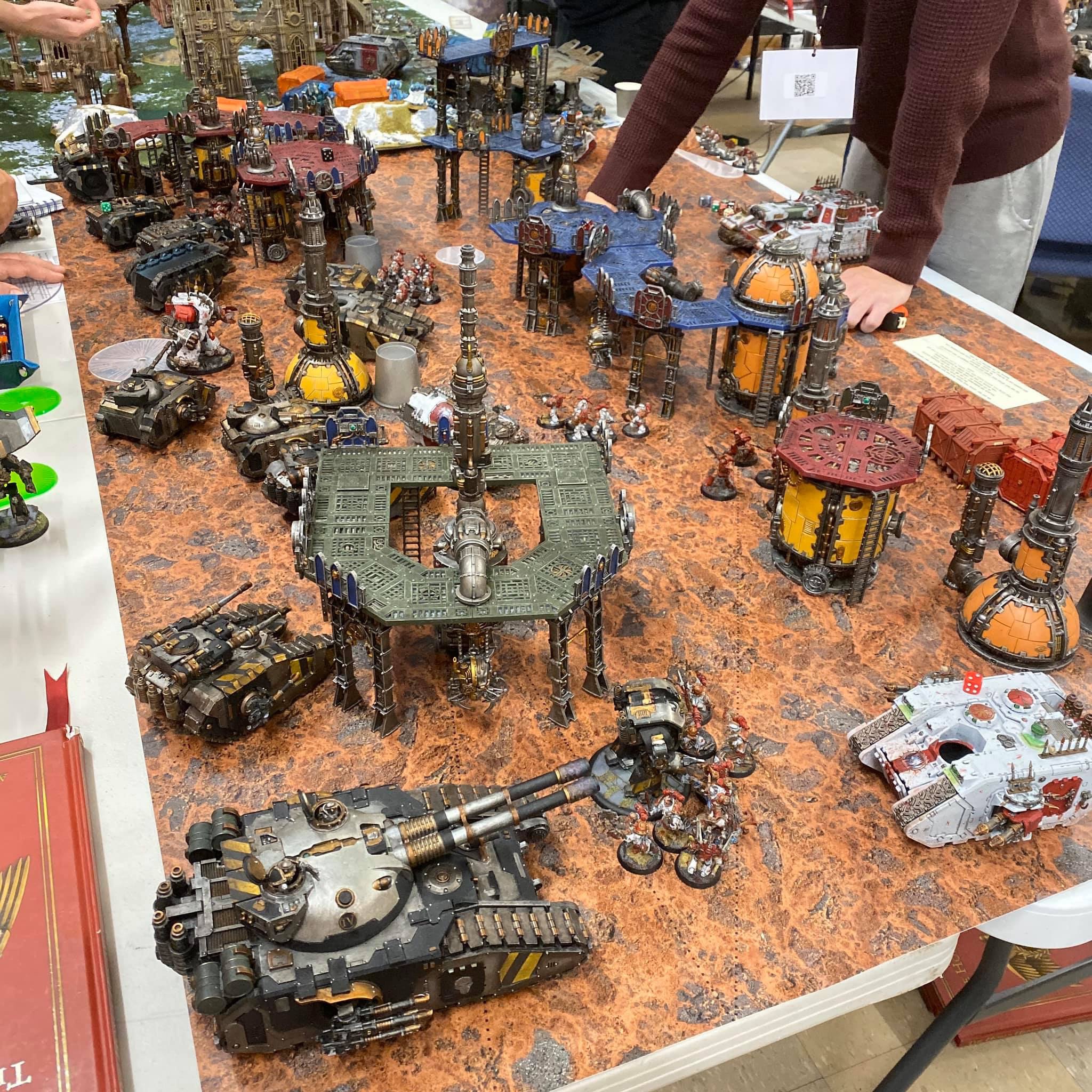 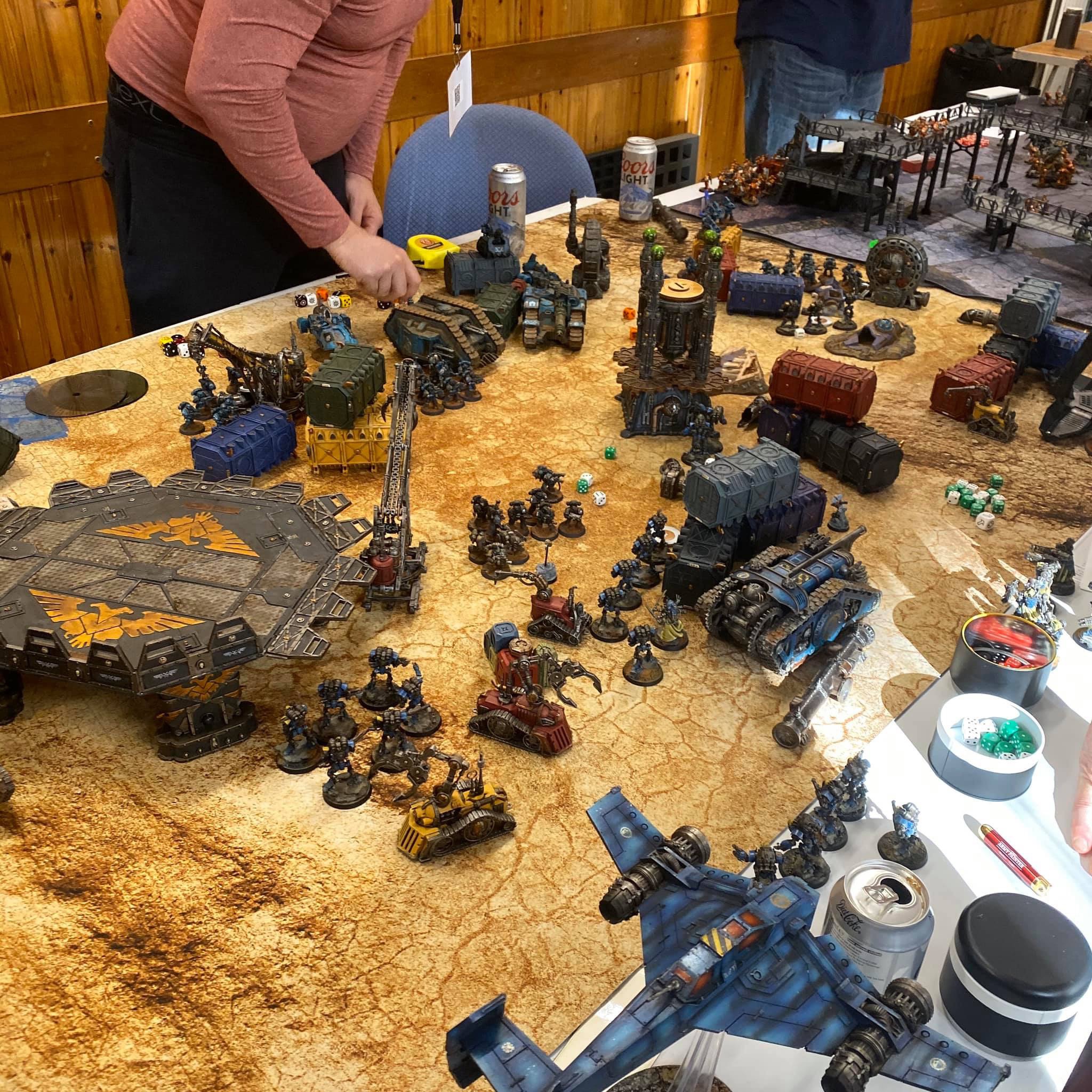 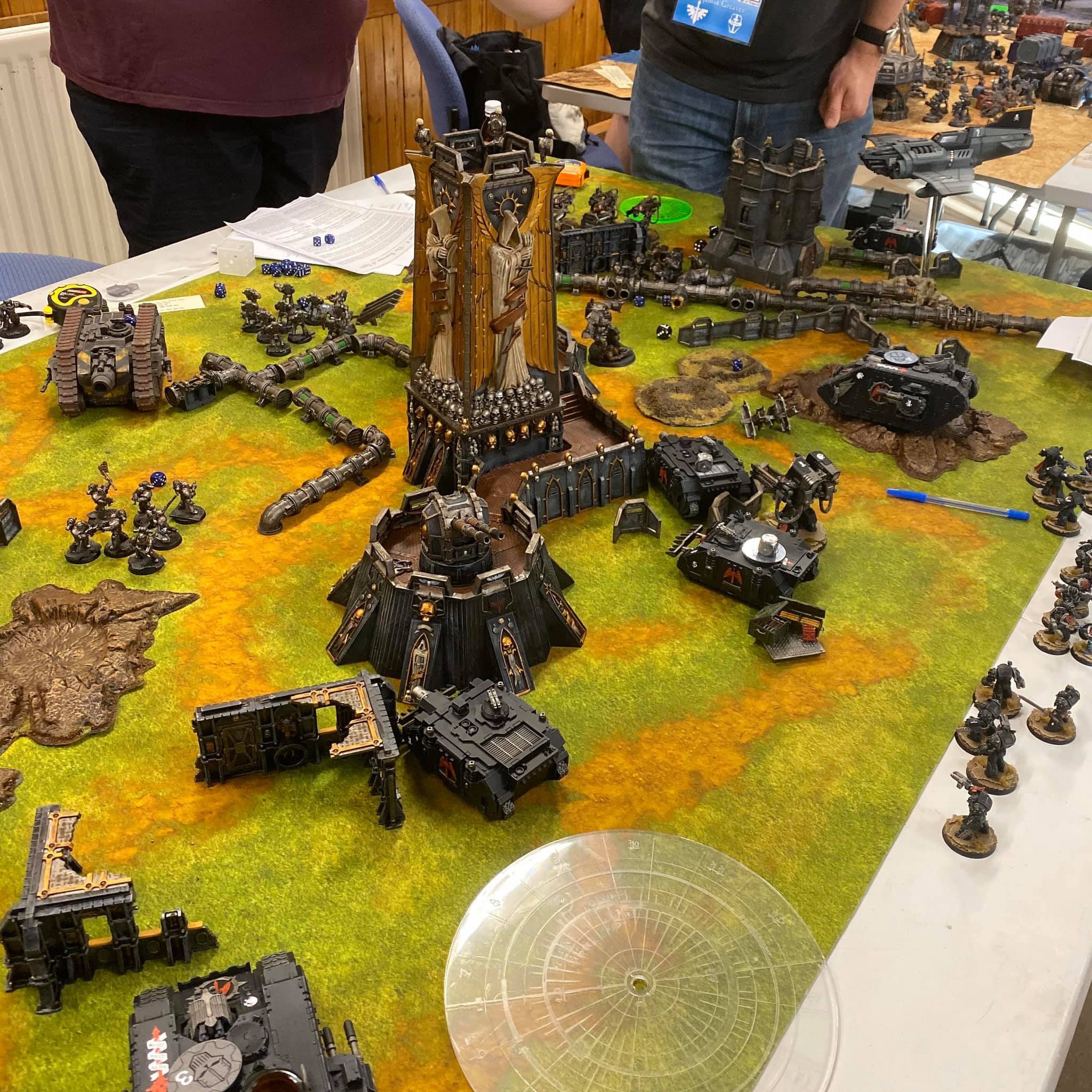 We also have two sets of the Gamemat.eu Hive Walls to make a Zone Mortalis table.

So we have some pretty good tables, but some will need some work to make them better, once we are at 18 tables we intend to go back and make those with issues better.

Next month I am going to be taking a look at one of the tables a bit more in depth, the thought behind it and how we painted it.