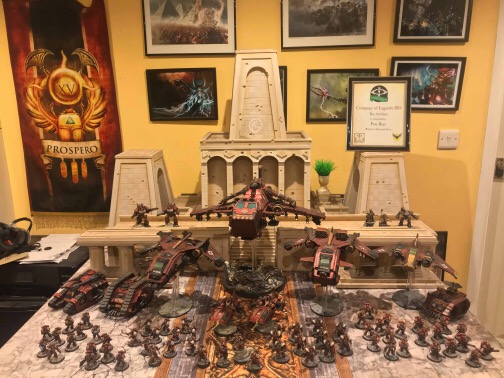 Here we have our army of the month and its a beauty!

This amazing Thousand Sons army belonging to Pete Rees of Manchester was the winner of our players choice best painted award at Company of Legends just last weekend.

The full army, doesn’t include Magnus, but is instead lead by Ahriman and a Command Squad. And mindbogglingly he has not just a Thunderhawk, but also a Stormbird too.

A really impressive army, and if you want to catch it in action, you can do so by watching it in the two games featuring it that we live streamed below, but word of caution, the first game is a little short!!!