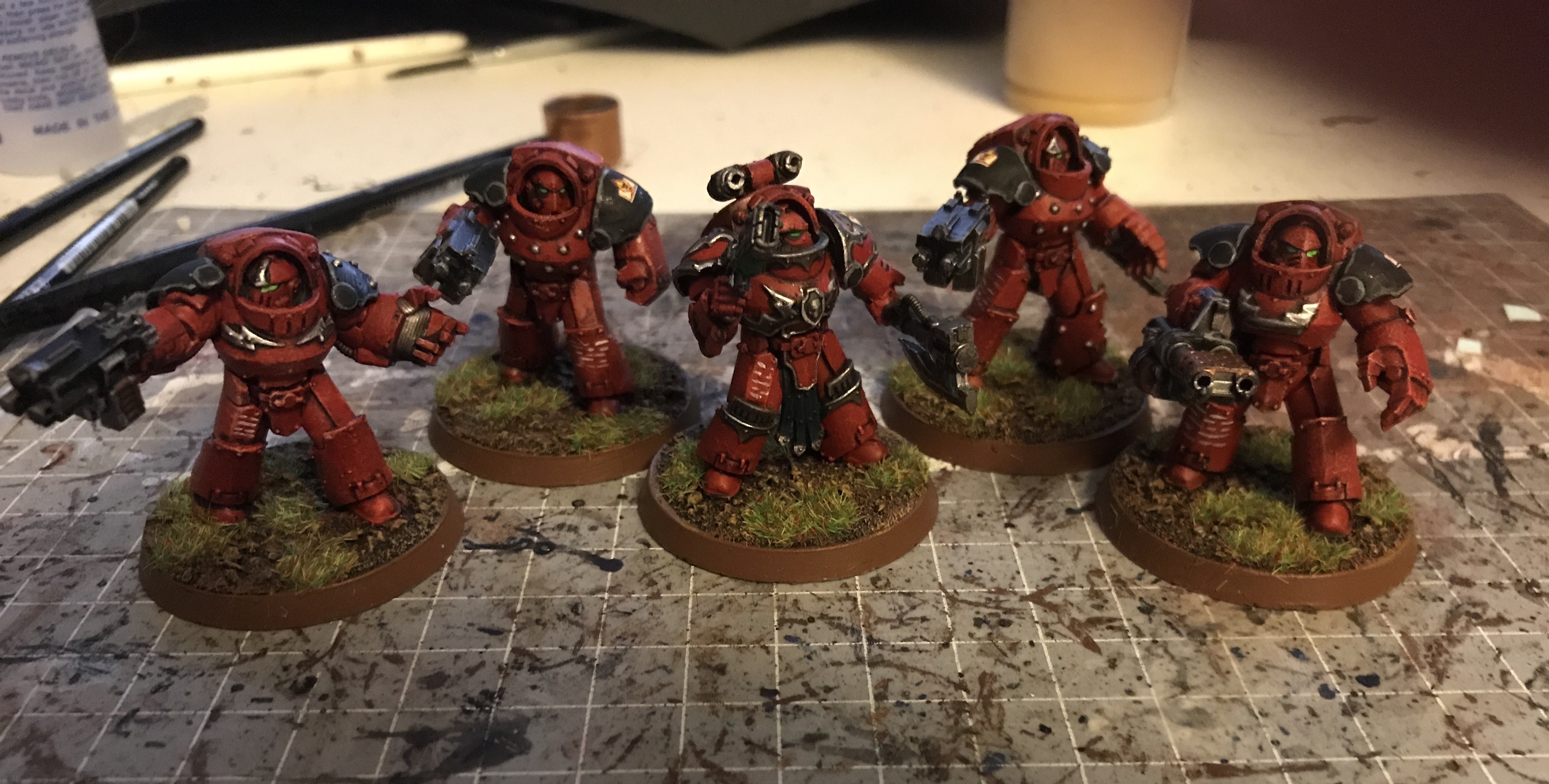 I have gotten some time in my studio this week to concentrate on painting some of my Word Bearers, I have been distracted with painting my Dropfleet Commander force for the UK Games Expo next month so it’s nice to finally dedicate some time to the XVIIth.

I have built 15 Tartaros Terminators which will eventually end up inside my Mastadon, and I started to paint 5 of them a few weeks ago, but I only got as far as painting the basecoat of Mepheston Red and washing it with Nuln Oil. So I picked them up again and got them finished. I also had the Praetor Tribune to do with them as well, a model I loved painting for my Ultramarines, and painting him for the Word Bearers was no different. 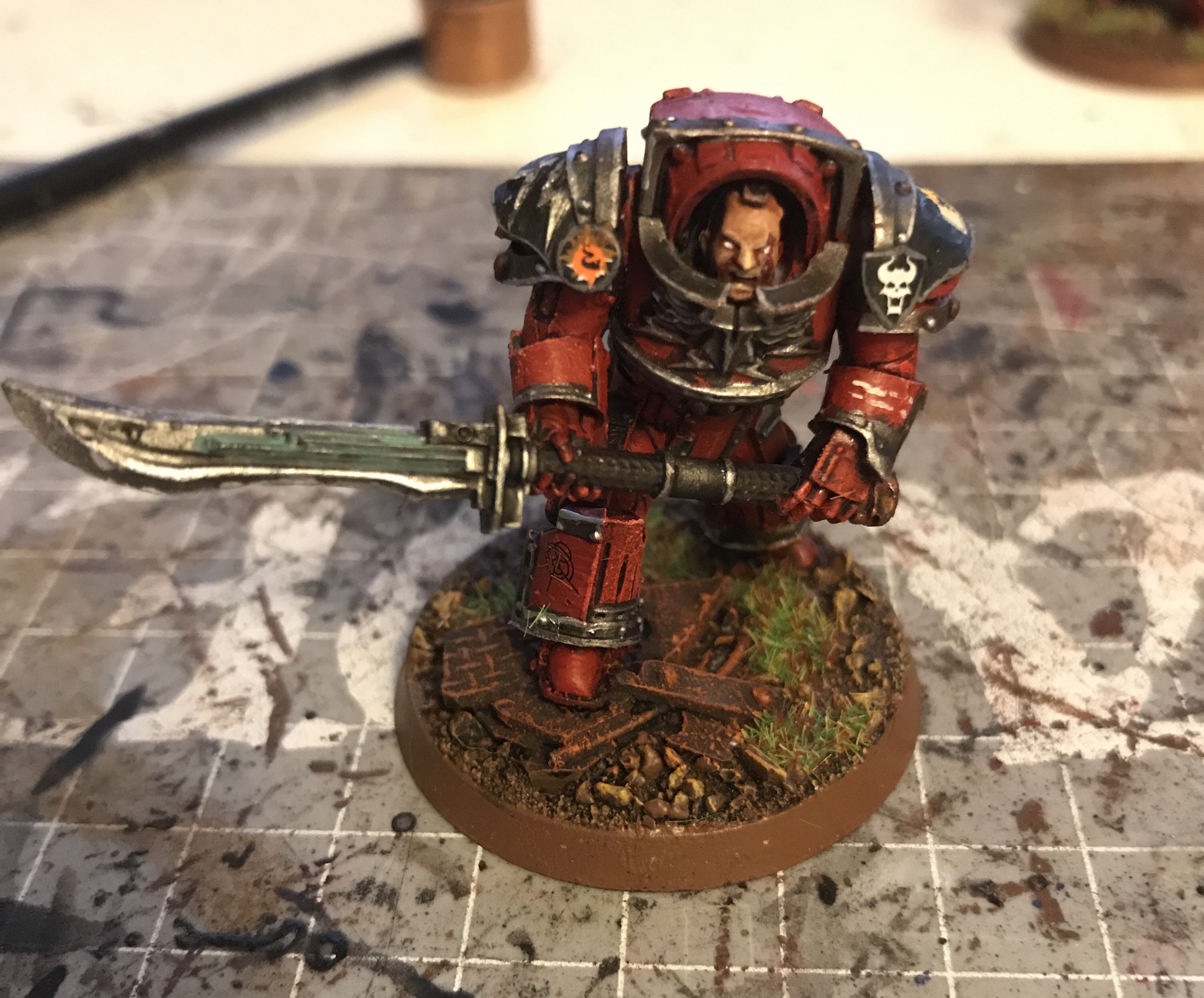 At first when I put the basecoat of red on, I thought he looked a bit silly, but once the other colours went on, he looked a lot better, although part of me is now wishing that I had converted it and gave him a helmet.

In my standard list I usually take the Gal Vorbak, and they are pretty much the only thing in my core that’s unpainted, but they intimidate me, a lot, and the Mahara Gal is the same as well. So today I decided to give a go at getting them painted up, so I basecoated them in Mepheston Red and gave them a wash of Nuln Oil, and then picked one to concentrate on. The uniqueness of each model means I am going to do these one at a time rather than batch painting them, and the one I painted turned out ok I think. 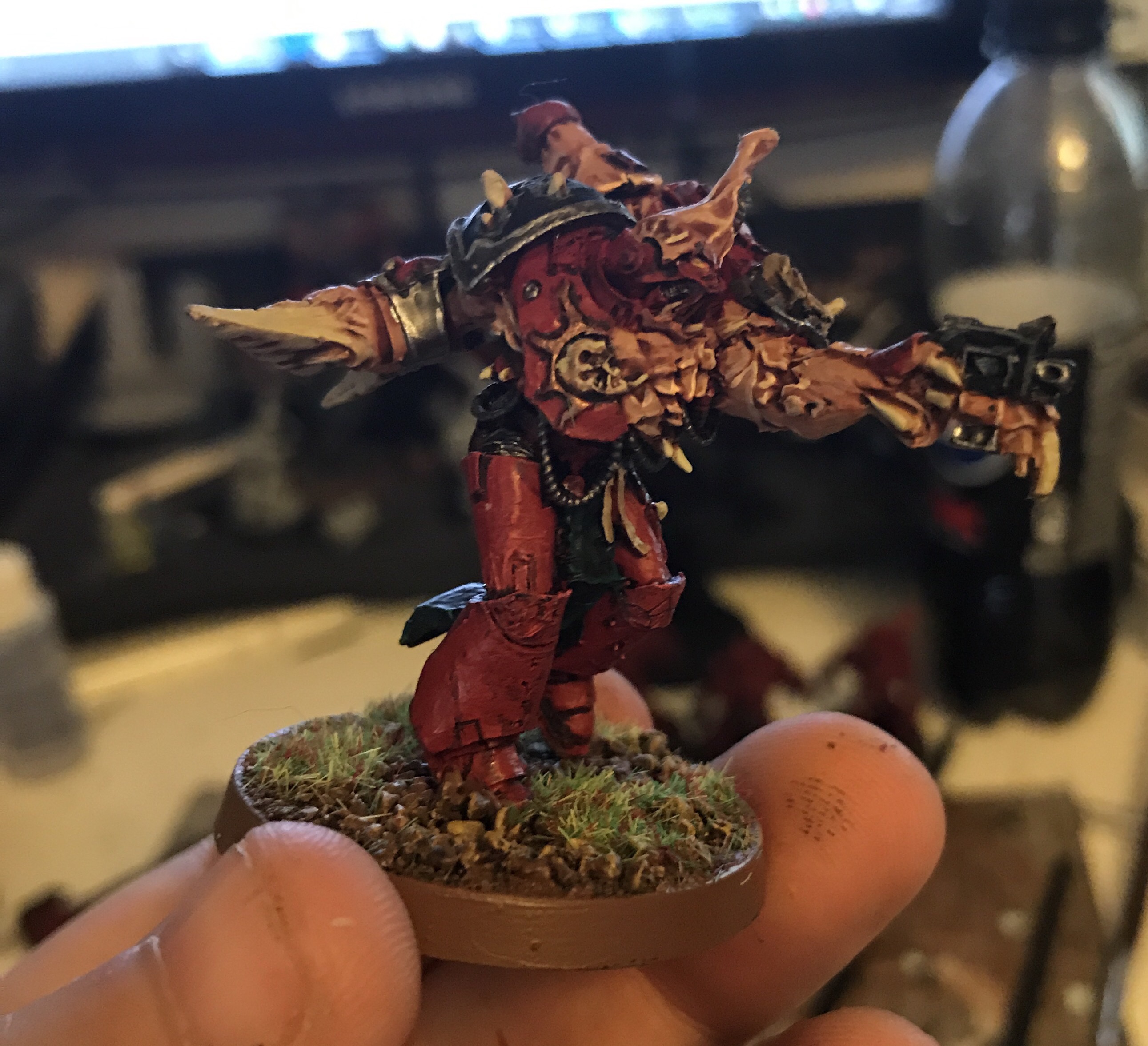 I tried a different technique for the daemon flesh, I used a method that was featured in White Dwarf for the Skaven End Time releases, using Ratskin Flesh as a base. It’s given the flesh a slightly off look, which is what I was after, it reminiscent of human flesh, just not quite right.

After doing that model I feel a lot more confident about painting these models, and think I will get the rest of them done, before I pick up another project, just debating on whether or not I do all the flesh the same or vary it up and perhaps do some with Tzeentch, Nurgle or Slaanesh inspired flesh, seeing as they are daemons after all.

And tonight I decided to finally get round to doing the Betrayal at Calth Chaplain for them as well, I have just finished up the silver and the base colour of the cloak then washed it, and will try and finish that tomorrow.